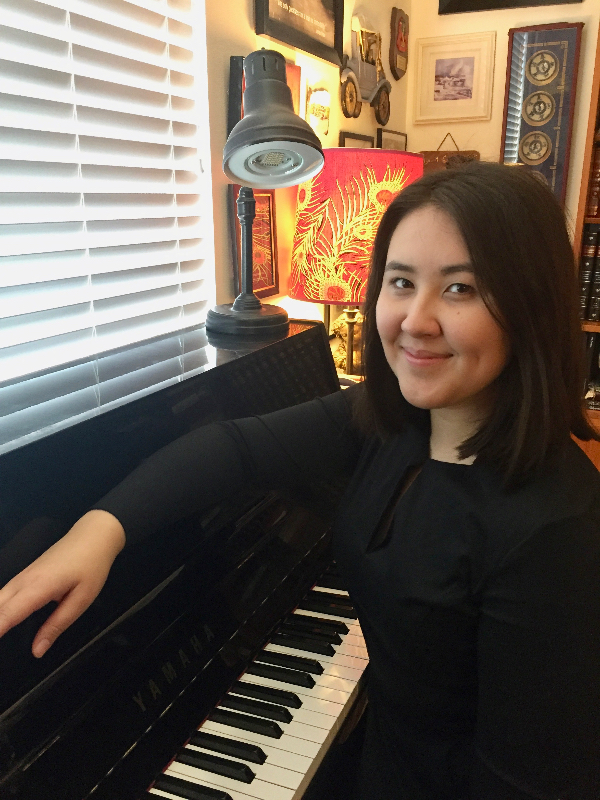 Brooke Herndon, is a classically trained-Las Vegas-based musician, composer, collaborator, and educator who has been teaching private piano since 2015. She started her piano studies
at age four later having her first public performance at age five. Brooke later expanded her interests from solo piano performance to collaborative piano
performance, by accompanying University-level singers and instrumentalists for competitions and performances with both the piano, and harpsichord. In
addition, Brooke has been teaching piano privately for over three years, instructs college students for their piano proficiencies, and tutors on the
subjects of music theory and ear training.

In addition to performing, Brooke is an accomplished composer; Brooke has had her compositions performed by world-class musicians
from around the globe, some include: The TaiHei Ensemble, pianist Timothy Hoft, and violinist Wei-wei Le. In addition to her avant-garde musical projects,
Brooke is also heavily involved in the film scene here in Las Vegas, composing original scores for independent films by local filmmakers. Plus, Brooke has
been accepted into numerous music festivals/incentives such as the St. Mary’s College Summer Incentive (2017), Hot Air Music Festival in San Francisco, and
the Charlotte New Music Festival in Charlotte, North Carolina. Lastly, Brooke has participated in composition master classes and private lessons led by esteemed composers: Daron Hagen, Art Gottschalk, Mark Neikrug, Paul Chihara, and Samuel Adler.

Brooke is in the finishing stages of her Bachelors in Music composition with an emphasis in piano performance degree at the University of Nevada, Las Vegas under the instruction of Dr. Timothy Hoft (Piano), and Dr. Cynthia Wong (Composition).